Welcome on Research on food industry month on Researchista! Our Special Guest Michelle Jongen (former student of HAS University in ‘s-Hertogenbosch, study Environmental Science) discovered ‘vertical farming’ and wondered how she could implement a vertical farming system in combination with a knowledge center. She wants to create awareness, and activate and inspire people about the environment with her initiative at Botanica Innovare and the story goes like this…

….”The only source of knowledge is experience” – Albert Einstein. A beautiful phrase with which I would like to start this article. Indeed, it is the experience which brings about development and innovation. Today, I will discuss the developments and innovations in the field of future food.

First, we look at the responsible cultivation of vegetables. It has been known for a long time that change is necessary. Before change is possible, we need an inspirer. Concerning crops, the designated person is Dickson Despommier. He is a pioneer in the field of urban farming. He is the one who tells people about his vision where crops are grown vertically in apartment buildings. This view is also known as vertical farming. It is a technique that is developed at this moment both with and without the LED lights. This system is used and examined all over the world.

Some advantages of the vertical farming system are: 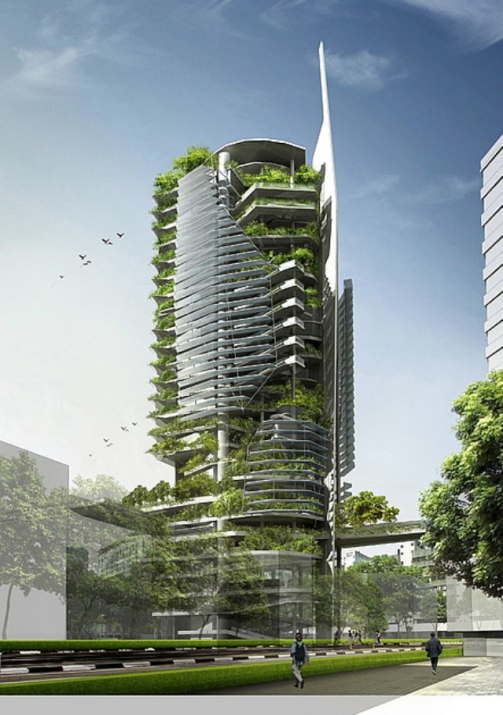 What you see is that countries where the demand for healthy and safe food is high already apply this technique. A good example is Japan. After the nuclear disaster and tsunami, growing food is a tremendous problem. A new cultivation method had to be developed to ensure the health of the population. Nowadays, the consumers of Japan are supporting both vertical and urban farming as this is a secure way to grow crops.

Another development is closer to us than we think. Especially for the people who live in Maastricht. Maybe you already know what I’m talking about. After watching the development of crops, it is now time to look at the future of meat. Meat is increasingly discredited because of the large amount of carbon dioxide and methane which is emitted into the environment. It is our own Professor Mark Post of the University of Maastricht who researches cultured meat. Last week, he organized the second International Conference on Cultured Meat from 9 to 11 October. During these days, the acceptance among consumers was important. Several speakers gave their views on the acceptance of cultured meat. In conclusion, we can say that questions are not asked in the right matter and the information on the Internet is often one-sided. We shouldn’t view this alternative as cultured meat but as clean meat. This will give a more positive name to cultured meat.

If we take a step further, we examine situations such as the ones in the film The Martian. In the film, Matt Damon is launching his own urban farming on Mars because he has been left behind. In his alternative greenhouse, he mainly grows potatoes. This made a big fuss because how realistic is this scenario? It is a question that lead to many different opinions.

As you can see, many innovative developments arise in the food industry. For example, the future crop cultivated at large fields are moving to closed rooms and cows will eventually be replaced by cultured meat. Both techniques have a major positive impact on people and the environment. People receive food that is produced in a responsible way which greatly reduces carbon dioxide and methane emissions. Consumers need to search for the correct information about these themes. Of course, that is not an easy task because of the influence of the media and companies.

That is why Botanica Innovare is offering education and creating awareness on the themes of sustainability, environment and health. Need more information or a workshop, please contact us.

With love for Research,